This week our theme is the Spring Equinox.  With that theme in mind I wanted the trio to have some fun with spring rainbow science, for our science topic of the week.  Our little lady is rainbow obsessed, so naturally the mini men have a huge interest in them, and I’ve grown to admire them with a renewed passion since having the trio around. So, out of a huge choice of experiments, I eventually plumped on 6 that the trio could do.  I’ve stayed away from the concept of light for this topic for now, as we can do that another time.  We are using other concepts to make our rainbows 🙂 First up was chromatography. We took four coffee filters and drew a thick band of colour with a marker around the narrow end.  We then placed them into shot glasses of water and watched the magic.  Big hint:  Make sure you include black and brown in your selection of colours.  The original colour will separate out into all the component colours it is made up from.  This teaches my trio that one colour can be made from several colours.  It can also be used in many other situations to separate out different components that are present in one substance. Our next experiment was to look at how plants used water for nutrition.  We took some leaves from the garden, and placed them in water with red food colouring in.  We then returned to them a few hours later to see what had happened.  The children could see the route the water had taken by looking at the red colouring throughout the leaves’ veins, and we discussed for a while the process around this occurring. The third experiment was using the same principles as the second, but to a different effect.  Our local shop didn’t have any white flowers, so I bought light pink instead, confident the colour would still allow for any colour change to be seen.  We cut the stems and placed them in water coloured with blue food colouring.  If you have several food colours, you could try one in each to make a rainbow of colours.  You can also slice the stem of the flower vertically, into a y shape (leaving a large portion not divided at the top), and place half a stem in one colour, and half a stem in another.  We did try this but our flowers were too long, and snapped 🙁  However, we did get a good lovely blue edging effect from our stems in the blue dye.  The children were amazed and have learnt a lot about how flowers use water. Our next spring rainbow science experiment, perhaps produced the quickest and the biggest wow factor for the trio.  They arranged some Skittles in a circle around a plate, and then in the dip in the centre, gently placed some water.  Fairly fast the children could watch the colours in the sweets coating being drawn out into the water.  The were actually speechless and quiet…that’s a result in my books!! The fourth spring rainbow science experiment is a very hard one to get right, but if it’s managed, can be very effective.  You take as many water solutions, as you’ve got different food colourings to put into them.  Add one food colour into each glass.  In the first glass don’t put any sugar, in the second 2 teaspoons, the third one 4, etc.  until you have finished all your colours.  Then slowly pipette a layer of the solution with the most sugar into a clean glass.  Slowly add a layer of solution with the next most sugar in, and keep going, until you finally add the solution with no sugar in.  The children were learning about density and which solution is heavier, and what happens to them.  As you can see from the photo, ours wasn’t totally successful (we should have had 5 colours in stripes, but we only had 3), but the children learnt a lot and went onto just playing with the different solutions and mixing and experimenting themselves…which is learning at its best 🙂 The last spring rainbow science experiment is called the walking rainbow.  This needs to be left a few days to see its effect fully.  Take six glass jars.  Fill three with water just over half way, and put red colour in one, yellow in another, and blue in another.  Then place the empty jars alternately in between them.  Next roll up 6 pieces of kitchen towel, and place each one between a jar with coloured water, and one without.  Carry on round the circle of jars doing this, so each jar should have two different ends of kitchen towel in them.  Over the next few days the rainbow will walk and the children will learn about absorption and colour mixing.  By the end of the experiment you should have 6 jars with the following colours; red, yellow, green, purple, orange, and blue 🙂 I then tried to tidy up, but my little lady commandeered the supplies.  She had no particular idea in mind, but imagination and creativity led her to spend a happy hour producing world flags with the left over coloured solutions.  She used a mixture of techniques, dipping and using pipettes.  I was happy to leave the tidying as she was being very industrious. 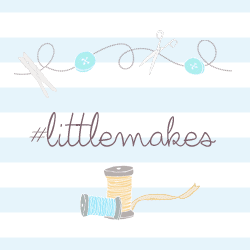